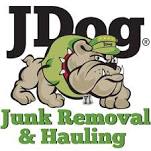 JDog Junk Removal and Hauling is exclusively owned and operated by U.S. Military Veterans & Veteran families. We served our country and now strive to service our local communities with excellence in the junk removal & hauling business. 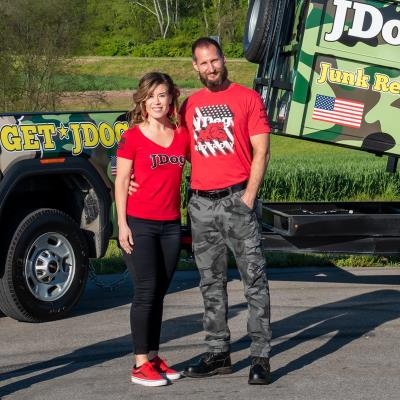 Jamey Peacock is an American Patriot who comes from a long line of family members who served our country. His grandfather served in the U.S Army, fought in WWII, and received many medals which included the Purple Heart for his participation in the Battle of the Bulge. Jamey’s father served, and his brother’s service included a tour in Operation Iraqi Freedom shortly after 911. His father-in-law served 14 years active duty in the Marines and another 14 years as a Young Marines Commander.

Jamey’s spent 25 years in logistics which included the handling of Military shipments such as Hummers, and he most recently served as VP for a company that handled household goods for our U.S. Service Members.

He and his wife Sheena live just north of Nashville in Gallatin TN with their daughter, and three boys who he loves to coach in sports, along with their (J)dogs, and a cat.